In a previous article, we explored earnings, why they’re important to us as investors, and learned how to calculate EPS (earnings per share). In summary, EPS is simply a way to express a company’s earnings in a manner that is independent of the number of shares outstanding. This allows us to do some pretty useful comparisons between companies, especially when we introduce the PE ratio (Price / Earnings ratio).

We’re going to look at how we can use PE ratios to determine whether a stock is expensive, cheap, or priced comparatively to its peers. But first, let’s look at how businesses are priced in a bit more detail. To do this, let’s look at a fictitious company, XYZ which had earnings (profit) of $10,000 last year. Let’s ignore the value of the company’s assets for a moment and assume they’re zero. How much is XYZ worth?

Well let’s look at some numbers. Would it make sense for the owner to sell it for, let’s say, $10,000? Probably not – because he/she would only need to wait another year and they would have that $10,000 anyway! What about $20,000 or $30,000? For the sale of a private business (ie. not a publicly traded company on the stock market), this may be reasonable. Private businesses often sell for a price in the range of 2 – 3 times annual earnings. (There’s more to it than that, but this will serve our purposes for now.)

What about publicly traded companies on the stock market? Companies and etf investing on the stock market also trade for a multiple of earnings, although it’s usually a much higher multiple.This multiple is called the PE Ratio and it’s calculated as follows:

Note that since we’re looking at both the price and the earnings on a “per share” basis, this serves as an excellent tool for comparing different companies together. All things being equal, a company with a higher PE ratio is more expensive than one with a lower ratio. For example, let’s assume that company ABC is selling for $100/share and has an EPS of $10. Company DEF is selling for $75/share and also has an EPS of $10.

DEF looks like a better buy because we’re paying less for the same amount of earnings, which is reflected in the lower PE ratio. This assumes that all other aspects of these companies are equal, which is almost never the case. Earnings growth in particular is a big factor affecting the PE ratio.

Investors are typically willing to pay more for a company that is growing (or expected to grow) at a faster rate. In the above example, both companies may have the same EPS currently, buy ABC’s earnings might be growing at a rate of 20% per year compared to 5% for DEF. As a result, investors might be willing to pay a premium to buy ABC.

PE ratios vary wildly depending on any number of factors relevant to a company’s perceived value. In general however, there are some rules of thumb to go by for typical companies. A PE ratio of between 10 – 20 is considered normal for an established company with average growth and manageable debt. Consequently a PE ratio of less than 10 could indicate that the company is a bargain, and a PE ratio of greater than 20 might be considered expensive. Note that companies that have zero or negative earnings do not have a PE ratio! The ratio only makes sense for companies that have positive earnings.

One must always be updated with the day trading services. It is highly recommended to watch the stock market forecast before any form of trading is done as it helps you make better decisions.

Some real world examples of PE

So far we’ve looked only at fictitious companies. Let’s pull some real numbers from the stock market as of today.

Typically PE ratios are calculated using today’s share price, and the sum of earnings over the past 12 months. This is often abbreviated to ttm in stock market listings. A variation of this traditional calculation substitutes estimated earnings for the next year and produces what is referred to as the Forward PE ratio.

The forward PE ratio looks at what the PE ratio would be a year from now, assuming that the share price stays exactly the same. It can be useful for comparing the effects of earnings growth rates. A company who’s earnings are growing very fast would have a lower forward PE (hence perceived to be a better deal) than a company with slower earnings growth, again with all other things being equal. The primary limitation of forward PE is that future earnings are only an estimate, and the resulting PE is only as accurate as the projection.

Using PE as a value investor

Besides the obvious use of a crude comparison between a company and its peers to gauge relative value, PE ratios, and more specifically the estimation of future PE ratios is critical to many of the methods we use to calculate what we believe to be the true, or intrinsic value of a company. An in depth look at these methods will be the subject of another article, but a good understanding of PE ratios and where they come from is essential to grasping more complex concepts in company valuation.

You’ve probably heard mention of the term Bitcoins in the 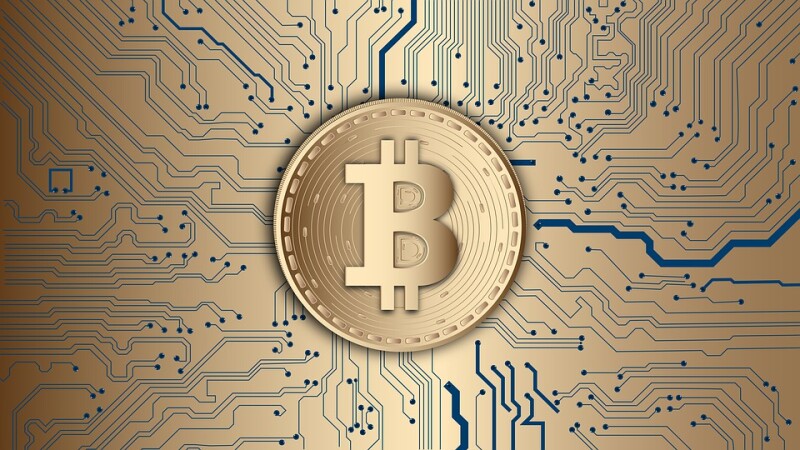 media lately, most likely with little to no explanation as to what they are or why you would want to own them. I fell into this same boat so decided to investigate for myself. Bitcoins it turns out, are a digital currency (i.e. electronic only – no paper or physical coins) that are completely independent of any government and untied to any physical commodity. These coins can be used for online purchases with those (very few at the moment) vendors who accept them, and they can also be sent to any other individual who has a Bitcoin wallet.

Now investors are in the new cryptocurrencies companies which are similar in the process of the stock market are improving and even letting the stocks in second place. With this market the only thing you need to know is how to buy, sell cryptocurrencies, how to store cryptocurrency, and if you want a more profitable end, find out how to start trading with crypto.

Here are some interesting aspects to using the currency itself as well. First, there is no central bank that keeps track of everyone’s account. Instead, all computers on the Bitcoin network maintain a record of every Bitcoin ever created and the full transaction history for every coin. These transactions are somewhat anonymous since they only refer to the Bitcoin addresses of both the sender and receiver. These addresses are essentially the same idea as an email address, except they are used for Bitcoin transfers only. Users can create as many addresses as they want within their wallet, making it very difficult to tie Bitcoin ownership to any other personally identifying information.